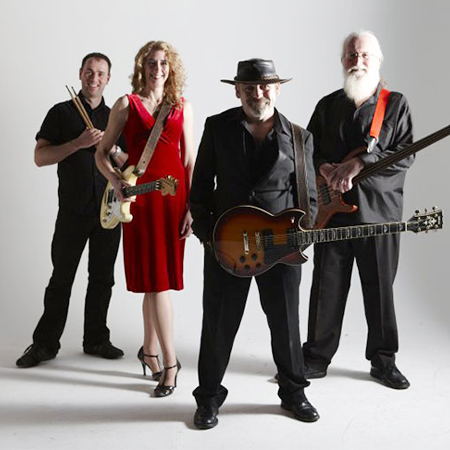 REASONS TO BOOK
Live music entertainment from a seasoned rock, pop and funk cover band
Excellent party band whose repertoire ranges from the 1950s to modern music
An ideal function band or wedding band to suit a wide range of events
Exciting and talent live band with great demand
Available for events all across the UK
Live Music and DJ, Cover Bands

These seasoned professionals are a collective of some of the area’s finest musicians who have fine tuned their skills into becoming a superb party band. With a standard line up of drums, guitar, bass and vocals, this cover band delivers classic high octane hits ranging from the 1950s and coming right through to modern songs. Their talent as musicians is unquestionable and their delivery of the covers is enough to rival the originals. Whether you’re looking for sing-a-longs and dance floor fillers or trying to evoke a sense of nostalgia, this band will most certainly do both. They will tailor their performance to your taste right from length to set list of songs they play.

This very accomplished cover band are very sought after. They have performed at weddings , black tie balls, parties, functions, carnivals, beer festivals and many local live music venues. They have put a lot of time and effort into performing for charity events. Over the years they have helped raise over £50,000 for local and national charities such as The British Heart Foundation, Cancer Research UK, Help for Heroes and Devon Air Ambulance.

Highly adaptable to a wide range of events, they will be the function band, party band or wedding band that you are after. Able to provide their own top of the range PA system and lighting they will cater to your needs. If required, this cover band are even capable of performing a sophisticated jazz / swing set or come as an acoustic two piece.

Get in touch with our team at Scarlett Entertainment to discuss booking this band for your event.

" They are extremely experienced musicians who have built up an enviable reputation as one of the region's top live bands. "

" They will produce a selection of music that is guaranteed to rock your socks off. "