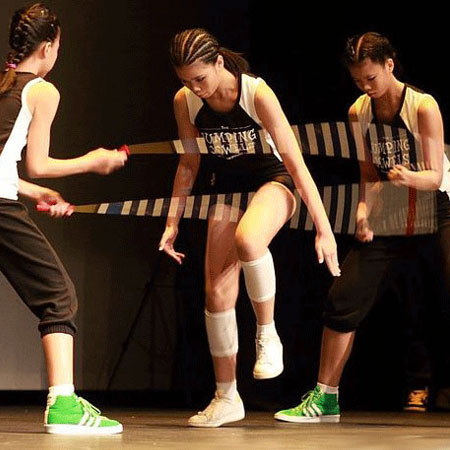 This Jump Rope Dance Act uses skipping ropes in a ‘Double Dutch’ style, whilst performing perfectly choreographed tricks and dance moves in a slick and stylish show that will entertain and enthrall guests.