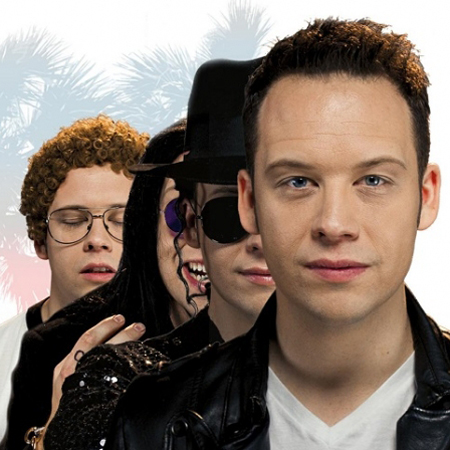 REASONS TO BOOK
Amazing impressionist able to perform nearly 60 singing and speaking impression
Shows include a range of comedy, dance, audience participation and surprising magic
Has performed the musical impressionist and magic show all over America
Accessible and appealing to audiences of all ages
Based in Gulf Shores, Alabama, and available throughout the USA
Musical Shows, Tribute, Lookalikes and Impersonators, Cabaret and Stage Shows, Magic and Illusion, Comedy Magician, Cabaret Shows

He will not only make you laugh but he will also seriously impress you. Our Singing Impressionist & Magic act is a performance like no other. His perfectly tailored and carefully crafted comedy impressionist show is widely appealing to audiences of eight to eighty, and maybe older.

Not only does this singing impressionist imitate a wide range of famous musicians but he has added in some of his impressive magic tricks, ventriloquism and a hearty dose of comedy. The resulting comedy impressionist show is widely accessible to spectators of all ages and includes audience participation. The show is choreographed to have something in it for everyone.

This talented musical impressionist brings the likes of Michael Jackson, Elton John, Snoop Dogg and Ozzy Osbourne to life on the stage. The Singing Impressionist & Magic act can feature 60 different celebrity singing and speaking impressions into a fast-paced 60 minute Vegas style show. His diverse range of impressions leaves audiences on the edge of their seat wondering what they are going to see next.

The musical impressionist has different performance options that can be tailored to your event. This ranges from an 'out of the suitcase' act toa grand scale Singing Impressionist & Magic show with full costumes, lighting and effects, as seen in the video above.

Top Tip:
Aside from the comedy impressionist show, he also performs close-up magic in a walk around style.

Get in touch with our team of specialists at Scarlett Entertainment if you would like to book the Singing Impressionist & Magic act for your event.