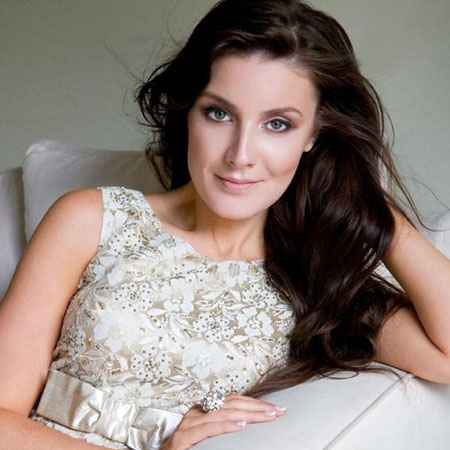 Margaret is an Internationally recognised Irish Classical Crossover soprano, who signed a record deal with Universal Records. She was a primary school teacher for four years in Ireland, before taking a career break and entering the music industry.  In 2008 Margaret entered the BBC talent show “How do you solve a problem like Maria.” During this time she worked alongside Sir Andrew Lloyd Webber and top West End coaches. Out of 6,000 Margaret  made it down to the final cut and was awarded the “BBC Fame Academy Award.”

That same year she was winner of the RTÉ Radio 1 “Search for a Musical Star” and performed the role of Carrie in the RTÉ Production of Carousel with the RTÉ Concert Orchestra. Following these performances  and competitive successes, Margaret was then awarded the “New York Artist Award.” This allowed her to travel to Broadway, New York and train and work with the Broadway stars and with the Opera New York vocal coaches.

Margaret continued to work with the RTÉ Concert Orchestra and made her debut as the lead soloist in a “Celebration to Sondheim” in The National Concert Hall of Ireland.  In 2009 Margaret performed at the Lakeside Proms Concert in New Zealand in front of an audience of 35,000.  Following this performance she was approached by New Zealand’s top selling magazine “Simply You” to model designer clothes and to feature in their magazine. She completed her second tour of New Zealand in May 2010.

With her beautiful Irish colleen looks and a  heavenly voice to match, she was soon being referred to as the newest international classical sensation.

" This singer has the greatest and most beautiful voice to come out of Ireland in years. New Zealand is looking forward to her return. "

" She has the most amazing voice. So light and clear like a bell. "

" This young soprano simply wowed her audience. A huge talent! "

" There was no denying she was the outstanding singer of the night, stunning and quite exceptional. First holding the audience spellbound with a "Sunset Boulevard" contribution eclipsed only by her contribution of the Ivor Novello Classic "Shine through my Dreams". Without a doubt, her's is the most wonderful voice it has been my privilege to hear. No matter how impressive the overall standard, Margaret remains in a class of her own. "

" Every once in a while an artist makes you feel truly humbled; this soprano is one of those artists. She has a voice of pure beauty and warmth that only true talent can express. I know the world willl fall in love with Margaret "