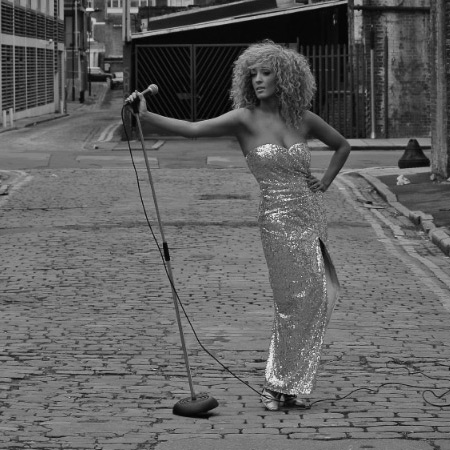 REASONS TO BOOK
Powerhouse Soul singer who takes you back to the grove of the motown era
Provides high energy shows, keeping audiences dancing all night long
Has worked on Films for Warner Bros and TV shows for the BBC
International performances across UK, Europe, South America and America
Based in London and available to perform at events worldwide
Live Music and DJ, Covers Singers and Duos

Soul and Motown Singer Victoria is a talented London based Singer and Actress.

She trained at The Italia Conti Academy of Theatre Arts, where she also worked on TV shows including Grange hill, Star School; worked on films including Harry Potter and The Philosphers Stone, as well as Theatre productions including Cabaret and Hamlet.

Upon graduating she worked extensively in the dance world including dancing for Sarah Brightman (Hyde Park) Mariah Carey (Channel 4) and travelling around the world in various shows including Moulin Rouge and The Rat Pack.

Victoria’s theatre and singing work includes playing Diana Ross in the Smash Hit West End Show 'Dancing in the Streets' in which she toured the UK and played the role in The Playhouse Theatre, London.
Most recently, Soul singer Victoria has toured the UK, Europe, South America and America with The Blues Brothers Approved show. In which she sang Aretha Franklins 'Respect' at prestigious venues including New york, Chicago, Memphis and 25 other US states.

Victoria is the ultimate professional with a catalogue of experience behind her. Singing hits from the likes of The Supremes, Martha Reeves and the Vandellas, Stevie Wonder, The Four Tops, Freda Payne and Aretha Franklin to name a few. She takes you on a journey through Motown, then gets you up on your feet with Soul & Disco classics such as Carwash, We Are Family, Disco Inferno and Ladies Night.

Whatever the event, it will be a night to remember for you and your guests!