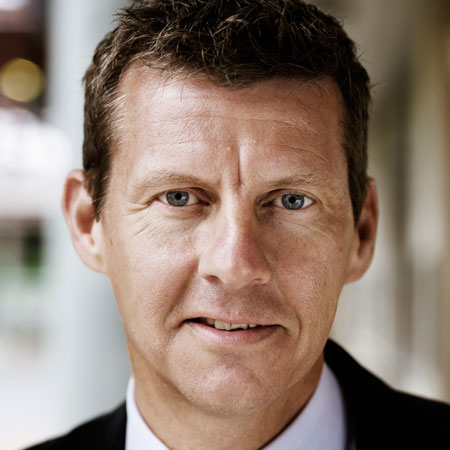 Steve Cram MBE is a British sporting icon recognised as one of the finest athletes of his generation. He is a World, Olympic, European and Commonwealth medallist as well as 3 time World Record holder during his fruitful athletic career. His achievements were recognised in 1983 by winning the BBC Sports Personality of the year, receiving an MBE in 1986 and a CBE in 2015. His illustrious career makes him an ideal motivational speaker to deliver impactful messages.

Steve Cram began his broadcasting career with Eurosport in 1995 and joined the BBC in 1998. The British sporting icon is the chief athletics’ commentator and has co-presented the last three Summer Olympic Games as well as the 2002 and 2010 Winter Olympics.  Steve recently led the ESPN coverage of the Diamond League, the premier international athletics series, and is a regular contributor to BBC Radio 5 Live hosting popular shows such as 606 and Sunday Sport.

Other than a motivational speaker and TV presenter, Steve is the Founder and Chairman of COCO (Comrades of Children Overseas), a world wide charity set up to break down barriers to child education and reduce infant mortality.

Hire Steve Cram and his experience and knowledge of the sporting industry, from individual athletic success to over a decade in broadcasting, as a motivational speaker to engage with your audience. He has worked alongside numerous multinational and FTSE 100 companies delivering their key messages and entertaining clients along the way.

Contact our team at Scarlett Entertainment to hire Steve Cram for your event or private function.