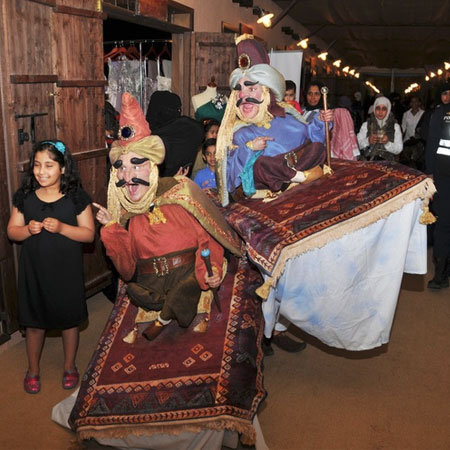 From across the desert sands come legendary storytellers & men of mystery Ruby Murray and Baba Ganush, on their magical flying carpets. Played in the romantic style of Victorian men on their magnificent flying machines, mixed with the slap-stick comedy of a Bernie Clifton style ostrich illusion. These colourful, comic characters demonstrate powers of flight and levitation, enchanting all with their tall tales, terrible jokes and inept seductions.