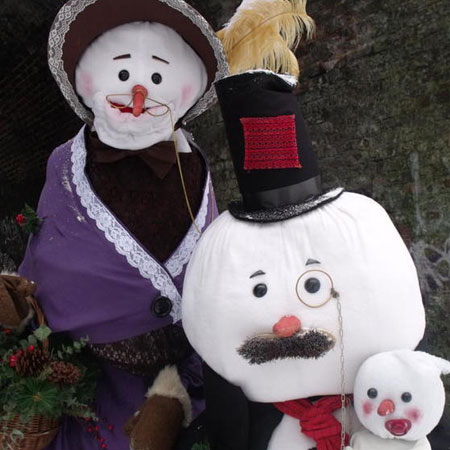 Let the Victorian Snow Family melt your heart! Presenting the esteemed Major Wilfred Winterbottom. Lady Uphemia Winterbottom and their little urchin Baby Snowflake. With his business interests in the Far North failing and his assets frozen the Major has hit the sherry. In response the hard times the family now work the mix n'mingle circuit spreading festive cheer.

" They were fantastic! They were a real pleasure to work with and really helpful "

" Two of the nicest people I have ever worked with "

" The best act I have seen in the last five years. "