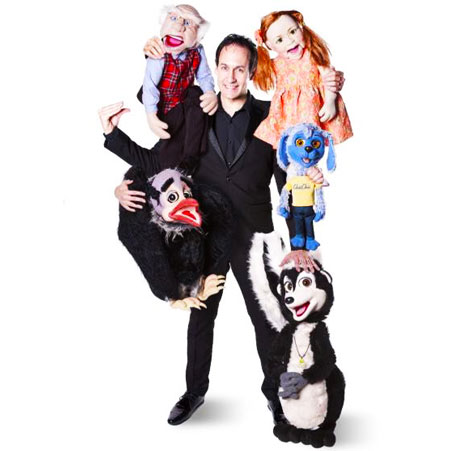 Our fantastic and hilarious UK Comedy Ventriloquist is an extremely experienced entertainer, he has been seen on multiple TV shows, such as Britain’s Got Talent, and has been performing on the cabaret, cruise and corporate entertainment circuit for over 20 years.

The UK Comedy Ventriloquist found international fame as a finalist of Britain’s Got Talent. For his performances on the show, he created dolls of Simon Cowell and Sinitta and his hilarious parody delighted the audience.

Our UK Comedy Ventriloquist is extremely witty and will tailor his stage act according to the audience or event type. Having constantly pushed the boundaries of ventriloquist entertainment means that this comedy puppeteer is at the top of his game and appeals to spectators of all ages. Unlike many others, this ventriloquist works with several dolls, each with their own unique character.

Working at a very range of events, this comedy puppeteer has tailorable performances for private and corporate events as well as family-friendly events, holiday centres and much more. his very impressive list of previous clients include the likes of British Airways, Butlin's, P&O Cruises, Comic Relief, AO.com, Malteasers, Disney Cruise Line and many more.

This talented ventriloquist is able to create fully custom dolls for your event and provide personalised puppets. This can be of a friend, boss, CEO, celebrity or the special couple on a wedding day.

Top Tip:
He can deliver an interactive experience where audience members are brought to the stage and he puts ventriloquist masks on them and controls what they say.

Speak to our Entertainment Specialists if you are interested in any of our UK Comedy Ventriloquist's performance options for your event.