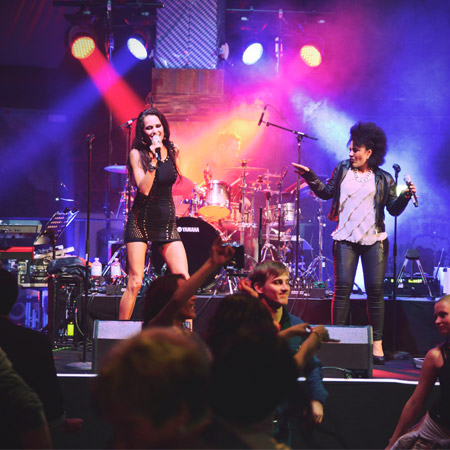 Four Octaves and goose bumps guaranteed! Vanessa’s multifarious soul-voice goes straight under your skin and is considered as a jewel in the music scene. In the studio and on stage is where this young artist is at home. With her band and several live projects she enthuses her audience on international stages!

In 2011 Vanessa toured with the international production of "The Barry White Experience" alongside renowned musicians and artists, such as Eric Conley (Lead singer), Sir Waldo Werthers (saxophonist of the original James Brown band) or drummer David Haynes (toured with Chaka Khan, Percy Sledge, Gary Thomas, Mary J. Blige, Joy Dene Lane, Frank Ocean, Prince and many others).  Vanessa performed as a background and lead singer to festival audiences of 20 to 60 thousand people.

In 2012 Vanessa formed her own 7 piece band, performing a huge repertoire of famous soul, RnB, Pop and Funk covers, from Elvis Presley to Donna Summer, Tina Turner, Rihanna, Shakira and many more.