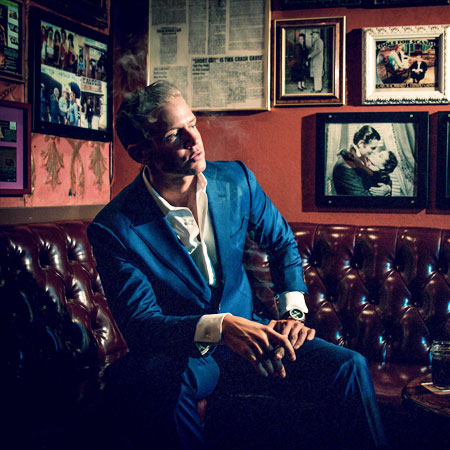 REASONS TO BOOK
Delivers the greatest songs with a voice that will melt your heart
Influenced by Johnny Cash, Willie Nelson and Frank Sinatra
Sings a selection of the best songs, in a smooth swinging style
Delivers serious style, sophistication and a highly polished sound
Based in Las Vegas and available to perform at events worldwide
Live Music and DJ, Themed Entertainment, Jazz,Swing,Blues and Jive, Las Vegas, Las Vegas Theme

Based in Las Vegas, Crooner Brett delivers the greatest songs with a voice that will melt your heart - a purely magical combination!

Highly influenced by artists such as Johnny Cash, Willie Nelson, Garth Brooks, Dwight Yoakam, Frank Sinatra and Elvis Presley, he sings a selection of the best songs, in a smooth swinging style.

After discovering his incredible talent at the age of 12, Brett began studying music and voice with some of the best Broadway artists in the business. He is today one of the most popular Crooners in Vegas and can be seen performing every week on the famous Las Vegas Strip.

Performing as a solo artist with backing tracks or alongside some of the USA’s finest musicians, Crooner Brett delivers serious style, sophistication and a highly polished sound that is sure to entertain audiences at a wide variety of events.