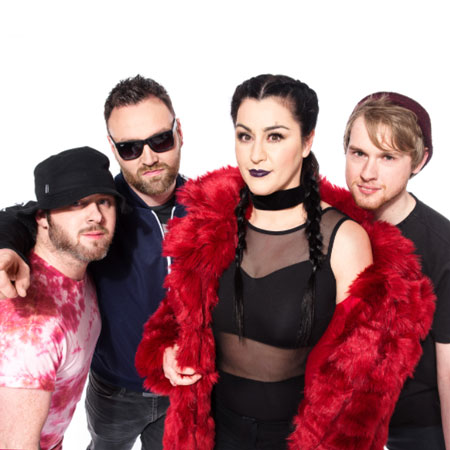 REASONS TO BOOK
The tribute band offer the ultimate 1990s experience covering multiple genres and styles
Classics from Spice Girls, Oasis, Michael Jackson, Take That and many more
High energy nostalgic show from start to finish
Available as a solo singer right up to a 12 piece band with brass and dancers
Based in Manchester and available worldwide
Live Music and DJ, Tribute, Lookalikes and Impersonators, Themed Entertainment, Cover Bands, Other Tributes, 1980s and 1990s

Relive the spirit of the 1990s with our brilliant tribute band. This top notch 90s tribute show is bursting with energy and enthusiasm through they flawless performance and amazing stage presence. Enjoy the show as they take you and your guests on a nostalgic trip down memory lane.

The 90s party band lets the audience relive one of the wildest, funkiest and mish-mashed eras in music. Our 90s tribute show is an exciting journey with a vibrant high energy live show covering 90s pop, rock, indie, britpop, hip hop and R&B. The tribute band have a wonderful collection of songs we all used to love including some off the hits we might have forgotten about. Their 90s tribute show is as diverse as can be with songs from Lou Bega, Michael Jackson, Spice Girls, Oasis, Take That, Will Smith, Britney Spears and many more.

Our fantastic 90s party band is made up of some of the UK’s finest session musicians topped off by an enigmatic female front woman making them one of the very best 90s cover bands in the country. You are able to book the 90s tribute show in a variety of packages making it highly versatile and suitable for any event space or budget. Their standard line-up consists of five members with the possibility of adding more musicians, a brass section and dancers right up to a full 12-piece band. Alternatively you can book the female singer as a solo act with high quality backing tracks.

Top Tip: Also available as an 80s party band to experiecne an earlier era of music

Perfect for weddings, birthday parties, special occasions and themed events, the 90s party band can even include a DJ to set mood prior to the show and keep the crowd dancing afterwards. Don't hesitate to get in touch with our team at Scarlett Entertainment to book them for you next party.

" The band were absolutely incredible. They had 600 teachers rocking. That says it all! "

" You guys were awesome. You absolutely made our party "

Henshaws For The Blind