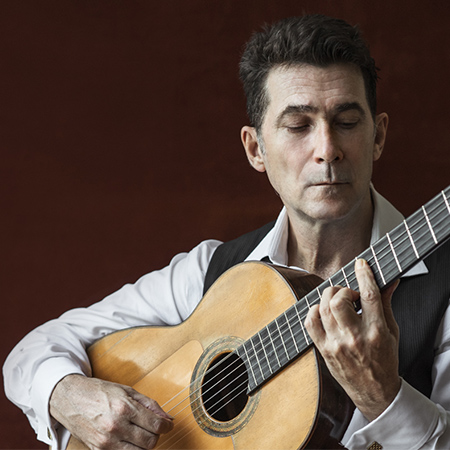 REASONS TO BOOK
Immense passion for the genre shows through in his emotive performances
Repertoire inc. flamenco, classical, jazz, Latin, Celtic, blues and more
Played on national television, at festivals and in 5 star hotels worldwide
Perfect for weddings, hotels, restaurants and corporate events
Based in Bangkok, Thailand and available to perform at events worldwide
Live Music and DJ, World and Cultural Acts, Guitarists (Classical and Spanish), Spanish And Flamenco

Clark has been studying and playing the Spanish guitar from a young age and under the tutelage of Karl Knight mastered all the exquisite elements that make up Flamenco and Spanish guitar.

His immense passion for the genre shows through in his emotive performances. Showcasing infectious rhythms and soothing melodies, his dynamic performances have captivated audiences around the world at restaurants, corporate events, weddings and high-end hotels and resorts.

With a repertoire that spans across Flamenco, classical, jazz, blues, Latin, Celtic and event rock, his sweet expressive style and rich tone allows him to expertly adjust his performance style to suit a wide range of genres. His extensive repertoire enables him to compile bespoke set lists to suit any kind of event, from melodious instrumentals, to high-energy Latin vibes.

Treat audiences to an enchanting and captivating musical experience and book Clark for your event!

" Clark lifts the audience and takes them away to another place. Wolff's jazz bar is a happier and more sophisticated place when he is playing there. "

" …Clark is a remarkably talented musician; playing with such ease as though it is second nature to him. Clark also possesses a certain charisma which he (quite unknowingly) exudes whilst playing, with just the right amount of interaction with the audience so that they feel they have been part of moving and fantastic night which will be memorable to them. He was also observant and sensitive to the purpose of the event. Clark was able to subtly adjust his style of playing throughout the night: first softly while people were nibbling and chatting, introducing themselves; he also had an openness about him, which drew other performers to step up to the stage for an impromptu performance… "