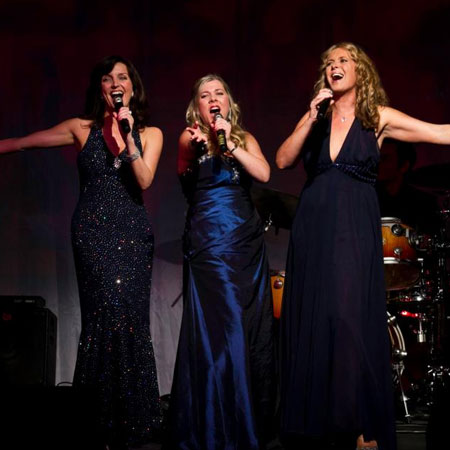 REASONS TO BOOK
Beautiful harmonies exquisitely sung by established singers
Vast experience from the world of West End musicals & classical concerts
Perform own arrangements of popular Arias from Puccini to Robbie Williams
From A Capella in a small intimate room through to 7 piece band
Based in London & available to perform at events worldwide
Live Music and DJ, Harmony and Acapella Groups, Classical Vocals

This Classical Crossover Trio consist of three of London's most established singers performing their own arrangements of popular 'Arias' from Puccini to Robbie Williams. They break the boundaries within the 'classical crossover' world and have established their own sound, performing the great songs that everyone can relate to.

Bringing together their vast experience from the world of West End musicals and the classical concert stage with the harmonic versatility of The Swingle Singers, this is high class entertainment with plenty of personality, exquisitely sung.

" Not only do you sing beautifully, but you also get so much humour into your act. "