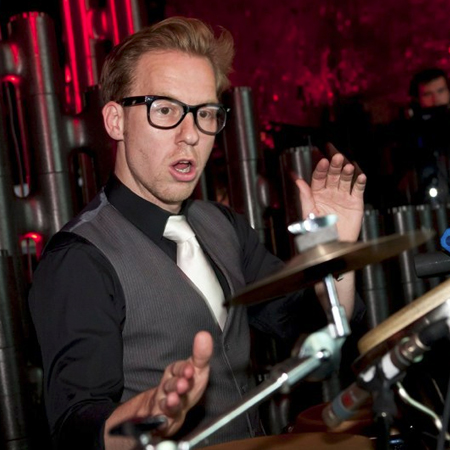 REASONS TO BOOK
A renowned drummer and club percussionist based in London
Played for artists including Avril Lavigne, Fedde Le Grand, Eminem
Popular with nightclubs, event openings, festivals & product launches
Performed at the Brits, Party in the Park, the Royal Albert Hall...
As seen on MTV, T4, Popworld, Top of the Pops & CITV
Live Music and DJ, Drumming and Percussion

Richard is a a renowned drummer and club percussionist who has performed at all of the major clubs in London, throughout the UK and across the Globe. Rich has played for many international artists including Avril Lavigne, Fedde Le Grand, Steve Smart (Kiss FM) and Eminem.  He has performed on some of the biggest stages including the Brits, Party in the Park, the Royal Albert Hall and the Smash Hits Awards.

Alongside this he has written and played on 3 top 20 singles including performances on Top of the Pops, CD:UK, Popworld, T4 and MTV. Rich has played in Azerbaijan for the Eurovision celebrations, in Miami, Alexandria in Egypt, Monaco, Singapore, Doha in Qatar and at the premiere for Ridley Scott’s new film, at the British Grand Prix Ball at Silverstone, at all of London’s top clubs and is recently the resident Friday night drummer at Café de Paris and Saturdays at the Playboy Club.