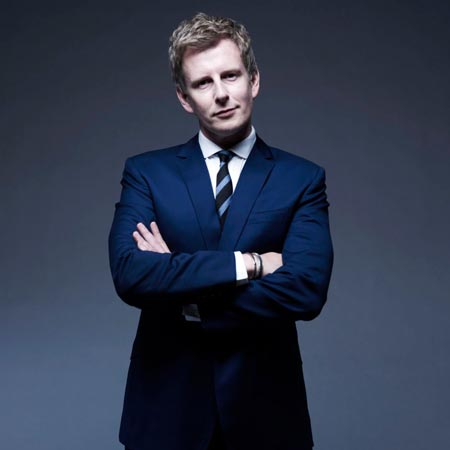 REASONS TO BOOK
A celebrity comedian and awards host whose motivational life story inspires all whilst leaving the entire room in outrageous laughter
Regular TV appearances over the years such as Live at the Apollo, BBC's Comedy Roadshow, Channel 4's Comedy Roasts and more
Front man of BBC shows ‘Delete, Delete, Delete’ and ‘Debateable.’
Excellent reviews from past clients and audiences including from the Evening Standard New Homes Awards
Based in the UK and available for worldwide bookings
Speakers and Hosts, After Dinner and Comedy Hosts

Originating from Northern Ireland, Patrick Kielty is an established and much respected comedian and television personality.

Patrick began honing his skills as a comedian in his early school years, wooing classmates and teachers alike with his impressions of celebrities, sportsmen and politicians. He began making an impact on the local Belfast stand-up scene whilst still at university and made it onto television in 1993 when he was chosen to present SUS on UTV.

Patrick’s star continued to rise and his appearances on Northern Irish television lead to work on shows broadcast across the UK, including Last Chance Lottery and Patrick Kielty Almost Live. His regular TV appearances over the years have been interspersed with a series of stand-up tours and radio presenting jobs, filling in for the likes of Alan Carr, Simon Mayo and Steve Wright.

In 2006, Patrick returned to the stand-up scene with another UK tour, and in 2007 he began work at the Trafalgar Theatre in London’s West End on the UK production of A Night In November, written by Northern Irish dramatist Marie Jones. He debuted in the play at the Grand Opera House in Belfast.

Patrick continues a busy schedule on TV and radio. In 2012, he co-presented This Morning, alongside Kate Thornton and Emma Willis. In 2014 and 2015, he guest hosted several episodes of The One Show, alongside regular host Alex Jones. In January 2015, US Country Star Garth Brooks gave his first UK interview to Patrick for a BBC Radio 2 Special from Boston, Massachusetts.

The County Down comedian mixes his love for sport and passion for charity work by turning out for the biennial Soccer Aid event, playing as goalkeeper for the Rest of the World team. Patrick has also often appeared in Comic Relief sketches in support of various charitable causes, most recently in March 2015 after the British boy band One Direction tweeted a short clip announcing who would be playing them in a 'No Direction' tribute for Red Nose Day!

Patrick married fellow celebrity and presenter Cat Deeley in September 2012 after a whirlwind romance, although the couple had been close friends since working together on Fame Academy.

Patrick is a regular host on The One Show and has recently been the front man of BBC shows ‘Delete, Delete, Delete’ and ‘Debateable.’

As an Awards Host, Patrick is superb and is often asked back by clients. He has received rave reviews for his lively and animated compering of many events, including The Evening Standard New Homes Awards and the Structural Steel Design Awards.

" Patrick was an absolute delight to work with. He was extremely professional and very calm. We had a few issues with setting up which meant there Was a delay in rehearsing but he was happy to hang around and was very calm and patient. We doubled up the awards for this which meant he had to run across the stage for photos for all the awards and he managed this brilliantly. We would definitely be happy to use Patrick again! "