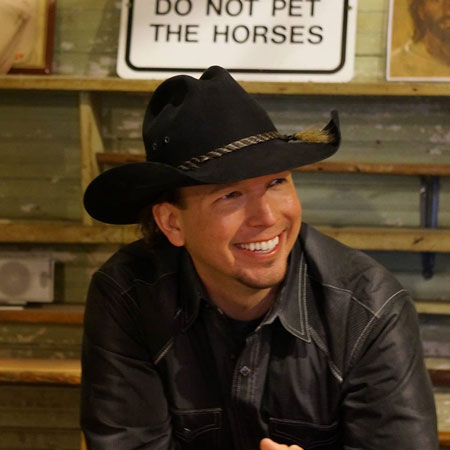 REASONS TO BOOK
A Nashville country singer and songwriter who has released his own singles is highly desirable for any country and western event
Our country and western singer was named the 2016 Rising Star for the Country Music Association of Texas
With one of his singles reaching the #1 spot on the Top 40 International Country Music Charts
A male vocalist who was nominated Country Male Artist of the Year, Country Album of the year and Songwriter of the Year in 2015
Based in Nashville Texas and available for worldwide bookings
Chill Out Music, Themed Entertainment, Wild West, Live Music and DJ

A Nashville country singer and songwriter who has recorded #1 singles as well as taking home the Awards for Country Male Artist of the Year and Rising Star in the Country Music Association of Texas. With heaps of energy and charisma this country and western singer creates a fantastic buzz at every event with his original country music and versatile set lists. Our male vocalist has had a wealth of success recording his own hit records as well as providing country and western music that is of the highest calibre for his audiences to become immersed within.

In 2016 our country singer was named the Rising Star for the Country Music Association of Texas after also being awarded the Rising Star two years prior. In addition to his wealth of success Cody’s single reached #1 on the Top 40 International Country Music Charts as well as his other single making it to #1 on the Fan Voted Chart which made him the first Texas artist to ever reach the #1 spot since the chart’s beginnings in 1998.

A male vocalist who is also a US Army veteran, Cody sang for the Army vocal ensemble group Harmony in Motion. Now an international touring artist our country singer has opened and shared the stage with artists such as Chris Stapleton, Pat Green, Ryan Hurd, Cody Canada, Vern Gosdin, Bellamy Brothers, Roger Creager, Kevin Fowler and many more hit artists.

With his music often being described as outlaw country, our country and western singer has a huge range in his voice that can go from a silky smooth sound to a raspy and husky tone. Accompanied by his band this singer sure knows how to put on a fantastic show that is a hit with audiences of all ages.

To book our incredible country singer or for more information, contact our Entertainment Specialists today.