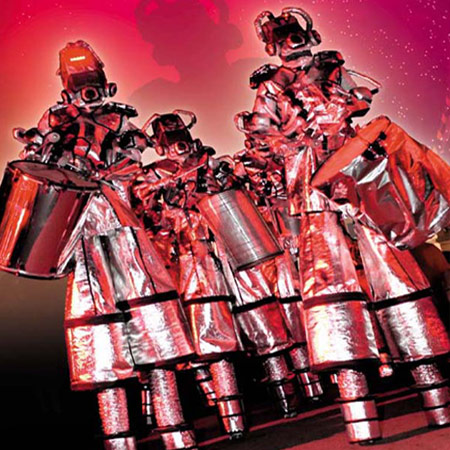 This international street theatre group specialize in bringing the WOW factor to your event. Whether your event is large or small in a street, mall, city square, or park, they can help make it truly memorable. The parade entertainers have performed at more than 500 shows in Britain and 40 other countries; throughout Europe and world-wide including China, Taiwan, Japan, Singapore, Brazil, Venezuela, the Middle East, USA, Canada and Turkey.

In essence it is an artistic celebration of nature versus technology. In 2001 Fiona Ellis in Northern Review event of the month rated Grand Magix, the finale of the Stockton international Riverside Festival, top equal with Robert Lepage’s Dark Side of the Moon.