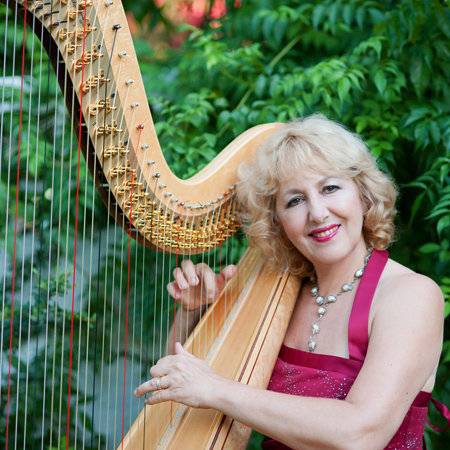 REASONS TO BOOK
Played in the orchestras that accompanied Luciano Pavarotti
Performed with most of the major symphony orchestras of South Africa
Can perform in a duo with flute, cello, oboe and voice accompaniment
Popular with prestigious weddings, hotels and corporate events
Based in South Africa, and available to perform at events worldwide
Harpists, Live Music and DJ

This South African based Harpist, majored in harp at the University of Pretoria were she was awarded scholarships for outstanding performance.

Kobie has performed with most of the major symphony orchestras of South Africa, as well as making solo and duo recordings for the SABC, included on her previous CD. She also has extensive experience as a soloist and in chamber groups in the Netherlands, Germany, Austria, and Catalonia, Spain.

Some of Kobie’s fondest harp memories include performing the Mozart Flute and Harp Concerto as well as the Debussy Danses with various orchestras in South Africa. She played in the orchestras that accompanied Luciano Pavarotti (Stellenbosch, SA) and José Carreras (Segovia, Spain), and performed with Dutch harpist Edward Witsenburg, in Barcelona.

She loves performing concerts on three of her harps, the Celtic, Austrian Folk, and Concert harp to demonstrate the variety of sound effects and possibilities on the different instruments, as well as in duo with flute, cello, oboe and voice accompaniment.