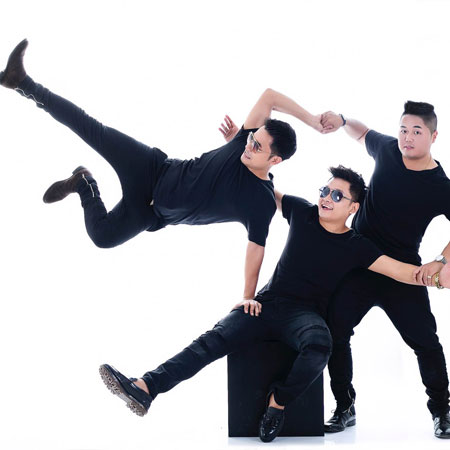 REASONS TO BOOK
Brilliant pop and rock covers band performs a varied set of great songs
Stylish party band is the ideal live music event entertainment for many occasions
Covers band performs punchy and tight renditions of popular songs that will get your audience ready to dance and sing along
Versatile event band offers acoustic performances and different line-up options to suit your event
Based in Delhi and available internationally
Bollywood and Indian, Themed Entertainment, Live Music and DJ, Acoustic Covers, Cover Bands

Originally formed in Camden, London, this Delhi based event band has 6 years experience wowing crowds with their high energy stage show. These guys are available as a really stylish and talented covers band who are also a highly accomplished band with their own compositions.

This party band will liven the spirit of your party or celebration with their excellent live music. This is high energy and engaging event entertainment. The audience will be compelled to get up and dance or sing along to this covers bands huge repertoire of rock and pop covers. You can expect to hear a really diverse collection of popular songs from a broad range of styles. From the Beatles and Eric Clapton right through to Robin Thicke and Bruno Mars.

Since their inception in 2010, our event band has played at various venues and festivals across India like ‘Ziro festival of music’, Arunachal Pradesh alongside artists like Lee Ranaldo & the Dust (Sonic Youth, USA), The 7 – Sisters rock festival, Voice of North-East festival, India Bike Week, New Wave Festival Goa, IIT Delhi and more.

They took part in the global competition ‘Hard Rock Rising’ and found themselves in the ‘top 25 bands worldwide’ category, one of first Indian bands to reach this level. The band was handpicked by Uday Benegal (Indus Creed) to jam on MTV as part of the Rayban MTV never hides sounds series and also won the Delhi leg of the Converse roads to rubber contest. The event band was nominated by Rolling Stone Magazine as one of ‘2013’s best emerging rock act and MTV Indies included the band in the “10 Immensely Talented Young Bands That Hold Potential to Stardom”.

If you’re after punchy live music event entertainment then look no further than our talented covers band. Suitable for a wide range of events from private parties, wedding celebrations to corporate event entertainment and live music for after diner shows. This event band is also available acoustic for a more intimate feel or possibly as background music.

Book this event band for your event by getting in touch with our team at Scarlett Entertainment.