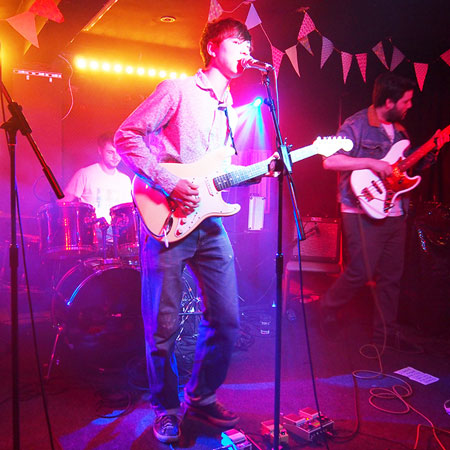 Raised in London, Tokyo and Berlin, Ken’s colourful indie-pop reflects his international upbringing. His adventurously produced songs recall everything from Nintendo soundtracks to bossa nova but are underpinned by classic songwriting, with lyrics dealing with city life and a search for identity. He has released two albums, My Big Foot Over The Sky (2009) and Maps & Gaps (2013) and plays regularly with his band The Colors.