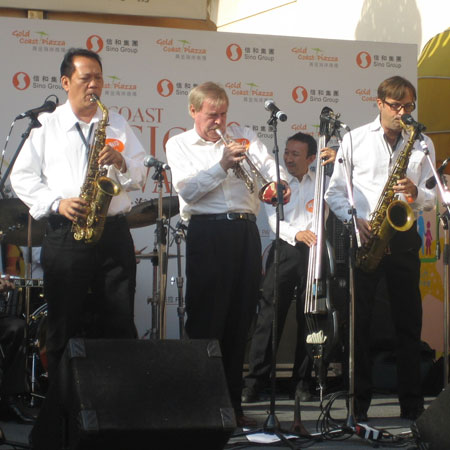 Hong Kong's longest-established jazz/swing band have been playing together for more than 40 years, having started in the early 70s at the iconic Godown in Central, then Hong Kong’s top live jazz venue.

As Hong Kong's premier swing band, they have been the supporting act for top international jazz stars at The Hong Kong Jazz Festival, as well as appearing at the Kobe, Osaka and Macau Jazz Festivals. The band has appeared regularly at Cafe Deco on The Peak, the original Jazz Club in Lan Kwai Fong and the HK Convention and Exhibition Centre and frequently performed at Government House at the Consular Corps Ball and other such formal functions.

The jazz band regularly performs at one-off private functions such as balls, dinners, weddings, private parties, corporate functions and jazz festivals in Hong Kong and around the region, including in Macau, China and Japan. Venues the band regularly plays at include hotels, clubs and bars/restaurants.