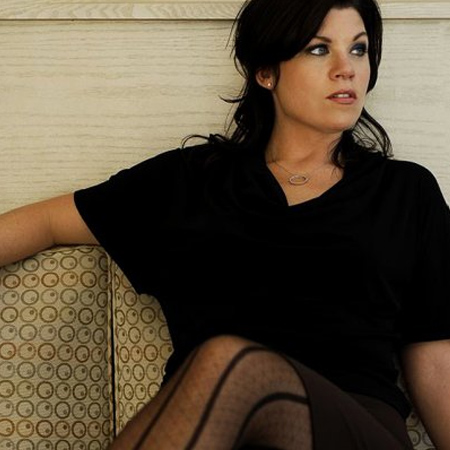 Chicago based Jazz Singer Typhanie has achieved international status as a rising star vocalist by immersing herself in her true passion. Versed in a wide range of genres and influences including jazz, funk, hip-hop, pop and improvised freestyle, the soulful-voiced chanteuse, bandleader and songwriter has earned a reputation as a fearless boundary-crosser and a natural born front woman with superb scatting chops and well-honed emcee skills.

Since her Chicago debut more than a decade ago, Typhanie has held court at famous jazz clubs and major music festivals throughout the world.  An independent recording artist, Typhanie has made three standout CDs which have garnered rave reviews in some of the world’s most highly respected music publications (including jazz authority DownBeat magazine) and even made the preliminary voting round for a Grammy nomination in the Best Jazz Vocal Album category.

An invitation to teach and perform in Moscow, Russia, helped launch Typhanie on her international solo journey. She has played with some of Russia’s top jazz musicians including saxophonist Oleg Kireyev and pianist Vladimir Nesterenko and performed in Moscow’s finest jazz clubs.

JazzTimes magazine has described Typhanie’s vocal sound as a modern-day Sarah Vaughan with iridescent traces of Lena Horne. Others have compared her to Minnie Ripperton, Chaka Kahn, Diana Krall and Eykah Badu.

" Typhanie's vocals are an array of bright colors painted on top of 10 beautiful instrumental landscapes. "

" Expected, and delivered: solid soul-jazz vocals from Typhanie that suggests both Sarah Vaughan and Minnie Riperton. "