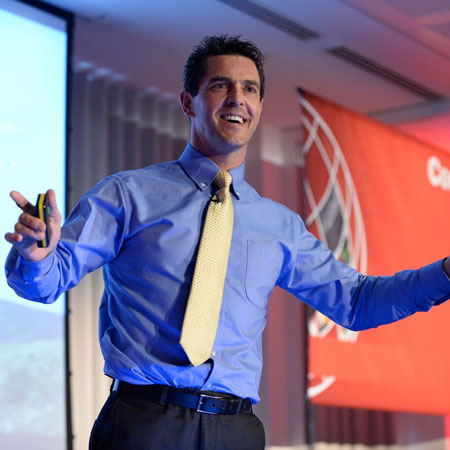 REASONS TO BOOK
Motivational speaker Mark Colbourne is a British Paralympic cyclist who won Gold in the C1 3K pursuit at the London 2012 Paralympic Games
Also won two silver medals in the C1 1-2-3 time trial and the C1-3 kilo at the London 2012 Paralympic Games
A former paralympian, Mark now presents motivation speaches at corporate events such as The Co-operative, Deloitte and Leicester Tigers
Using his own personal experiences alongside company specific key messages this speaker is immensely inspirational
Based in London and available for worldwide bookings
Leadership and Motivation Speakers, Sporting, Themed Entertainment, Speakers and Hosts, Sporting Theme, Sports Speakers

Motivational speaker Mark Colbourne is a British Paralympic cyclist who won Gold in the C1 3K pursuit in a world record time of 3 mins 53.970secs, as well as taking home two Silver medals in the C1-2-3 time trial and the C1-3 kilo at the London 2012 Paralympic Games.

With a love of sport instilled in him from a young age, Mark represented Wales in Volleyball at an international level, competing in three British Championships. He also has a background in the Triathlon, showing how determined he is in all areas of sports and life.

In May 2009, Mark broke his back in a paragliding accident when he had to do an emergency landing after his paragliding wing collapsed.

With his undeniable passion for sport, Mark continued training and competed in the Welsh indoor Adaptive Rowing Championships, while still working part time as a consultant in sales and management.

In May 2010, Mark set himself a target of competing in his first Para-Cycling event and went on to win two Gold medals at the Wales GP in Newport. After becoming a guest rider for the GB Para-Cycling Team he went on to join the squad in June 2011. His greatest achievement to date is winning Gold in the pursuit at the 2012 UCI Para-cycling World Track Championships in Los Angeles.

After retiring from his professional cycling career in 2013, Mark is now a full time motivational speaker, speaking at numerous corporate events around the country for clients such as; The Co-operative, Deloitte and Leicester Tigers. With a genuine passion for inspiring change within people and organisations, Mark is in high demand with brands and companies who want to instil the same level of passion and determination that Mark has showed throughout his entire life.

With a combination of his incredible story and company-specific key messages, audiences of all ages will be left with a whole new perception of what they can use to benefit themselves both personally and professionally.