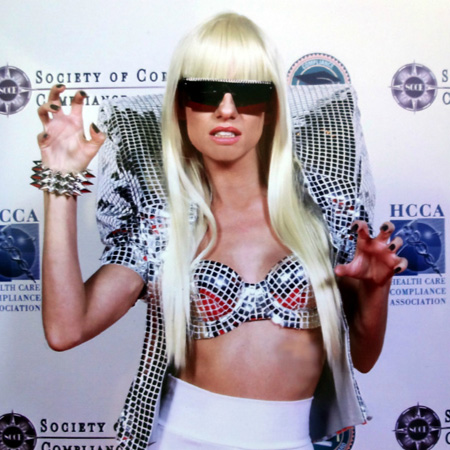 REASONS TO BOOK
Outstanding live sound-a-like vocals with accurate Gaga choreography
Available solo or with Dancers - Can even play the Live Piano
Appeared on MTV, music videos and TV celebrity impersonator contest
Chosen for internationally acclaimed tribute show “Legends in Concert”
Based in Las Vegas and available to perform at events across the US
Lady Gaga, Walkabout Entertainment, Family Entertainment, Pop Star Tributes, Tribute, Lookalikes and Impersonators, Lookalikes and Impersonators

This tribute not only resembles Lady Gaga but also generates an equal amount of charisma and electrifying stage presence to her show stopping performances.

The professional Lady Gaga impersonator and look-alike and has performed in many venues across the United States and the Caribbean.  She has also appeared on MTV, music videos, and also performed on national television in a celebrity impersonator contest.

Hear her commanding voice and watch her perfectly rehearsed dance steps; her star quality comes from a natural gift for singing and dance, combined with training and a sincere dedication to her craft.  This year she was honoured to have been chosen for one of the World's Greatest Live Tribute Shows “Legends in Concert”.

" She was fantastic at Chad’s Bar Mitzvah. The kids were wowed by her performance. Cindy, Chad, Jason and I were overwhelmed by her talent, great job. Contributed to a fabulous night! Thank You. "

" I surprised my daughter Lindsey for her birthday to have a Gaga impersonator. She was thrilled and so were all of her friends. They were all dancing and singing and loved every minute of it. They even followed her out to the car because they didn’t want her to leave. She is a great performer. "

" She was wonderful, She looked just like Gaga and her dancing was very professional. The girls loved her and somehow she even had the boys wanting to participate. I highly recommend her for your next party. "

" Well, my parents surprised me with this for my graduation and I’ll just say that she was amazing. She moves, sings, and acts just like the Real Lady Gaga. She will definitely make it to the big time—I know it! Thanks for doing such a great job at my party–You made it even more memorable "