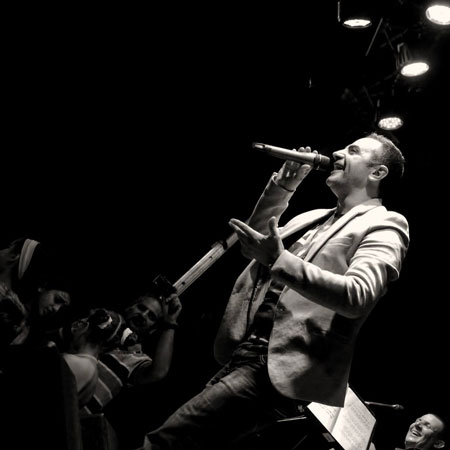 REASONS TO BOOK
Stylish Lebanese singer with a string of successful hits across the Middle East
Has been performing for over 15 years and gained much recognition and praise
Available for private and corporate events with multiple line-up options
Regularly appears on regional Arab TV channels
Based in Lebanon and available for events all over the Middle East and internationally
World and Cultural Acts, Covers Singers and Duos, Arabic Bands, Live Music and DJ, Arabic

The incredibly suave Lebanese Function Singer will bring his traditional and pop sounds to your event and guarantee to be a huge success. As well a performing a variety of traditional songs he is also a celebrated Arabic pop singer bringing contemporary sounds to audiences of the Middle East.

Based in Lebanon and available for a variety of private and corporate events either with backing tracks or a live band. He began singing at a very early age, learned the Oud and studied at The Lebanese National Higher Conservatory of Music.

Throughout his career, that spans more than 15 years, the Lebanese Function Singer has performed at weddings, birthdays, social events, luxury hotels, huge festivals and corporate events throughout the Middle East and countries such as Lebanon, Syria, Jordan, Oman and Tunisia.

The Lebanese Function Singer is a well-known singer, musician and composer who has had a string of successful hits across the Middle East. He has a variable style of music that does include his own compositions but can include a range of traditional Farsi, Indian, Russian, French and Armenian songs too.

If you’re looking for an Arabic Pop singer to entertain guests at your event in the Middle East, or anywhere around the world, then our Lebanese Function Singer Dubai is the perfect choice.

Get in touch with our team of Entertainment Coordinators and they will be able to help you.