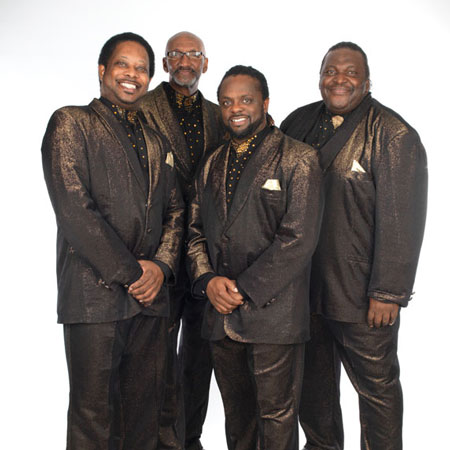 Hailing from the USA, this vocal quartet know how Motown is done. Playing the top hits from artists such as the Four Tops, the Temptations, Ray Charles, the Stylistics and Wilson Pickett, this authentic Motown tribute use vocals and stunning costumes to transport your guests back to the 1960s and 70s and golden age of pop. As an experienced Motown act across who have performed all over the world, this vocal quartet will bring the spirit of the era to any 70s theme party.

Custom options are available, with the quartet able to perform to top of the range backing tracks or with a band. The band itself has a basic four-piece line-up but can be expanded to include up to eight musicians. With a sound like that, you’re treating yourself to the best the tribute world has to offer.

The act is variable depending on the type of event. For theatre set-ups, the group offer a tightly-choreographed show with impressive staging whether as a band or just a vocal quartet. For more energetic parties and corporate events, their dynamic act becomes more interactive with the audience and gets everyone in the venue clapping and dancing. Their high-stepping dance routines match the virtuosity of their vocals perfectly and complete the spectacle of this talented Motown tribute.

Having played alongside some of the biggest names in Motown, such as Gladys Knight, the original Four Tops and the Temptations, this group have the most exclusive training in Motown there is. Their quality and experience have ensured they regularly tour worldwide and have played some of the most exclusive events the industry has had.

Perfect for exclusive weddings, medium-large scale corporate events and big blowout parties, this Motown act are guaranteed to impress and delight. To get an even more exciting package, the group can be booked alongside the Female Motown Trio UK as a double act. Book this fantastic Motown tribute for an unforgettable night by contacting one of our dedicated entertainment specialists today

" What a great job last night! They rocked the house! "

" They never let up with faultless vocals and slick, sharp choreography. "

" This tribute show to one of Motown's most consistent hitmakers since the sixties is a sure-fire winner… The polished two-hour show, which has travelled the world, not surprisingly had the audiences standing on their feet, dancing in the aisles and chanting for more "