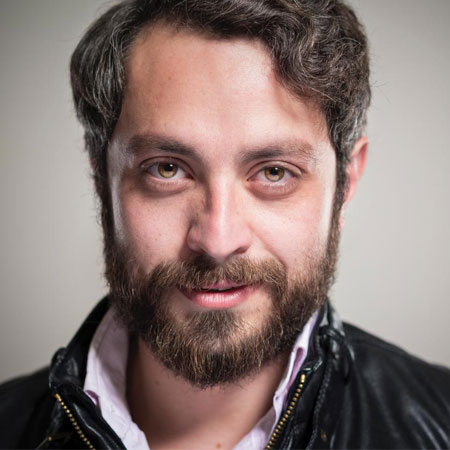 REASONS TO BOOK
A versatile actor and classically trained baritone who will add drama and mystique to your event
Repertoire encompasses traditional Italian songs, film music, classic songs and pop songs
Has appeared in countless theatre productions as an actor and won numerous singing competitions
Perfect for weddings, drinks receptions, dinners, and sophisticated events
Based in London and available to perform at events worldwide
Classical Vocals, Covers Singers and Duos, Live Music and DJ

If you’re looking for a vocal performance that add class and sophistication to your event, you need look no further. The answer is our Male Popera Singer based in London.

Originally from Romania, he is a professional singer and actor with a Bachelor and MA from the National University of Music in Bucharest. He has performed in countless operas and musicals including productions such as ‘The Barber of Seville’, ‘Don Pasquale’ and ‘Romeo and Juliet’. He has also been invited as a special guest to perform at international festivals like the Contemporary Music Festival and Live Is Beautiful Festival.

Renowned for his rich, smooth baritone vocals and impressive acting abilities, our pop opera singer has the unique ability to captivate and move his audience through not just his voice but also his body language. When audiences watch him perform, they’ll find themselves immersed in the music as he expertly projects not only his voice, but the feelings behind the music.

A versatile pop era singer, he can perform a variety of genres that range from traditional Italian songs, to film music, to classic songs and pop songs - all performed in his signature pop-opera style. He can tailor his set list to create the perfect atmosphere for your specific event - whether you’d like something romantic or rousing!

" [He] (…) is the most gifted from the ensemble, born to be Figaro (...) He posses a volcanic vitality, knowing when to give and when to take energy, and with every studied or spontaneous gesture, knows when to point out an idea or a symbol. "