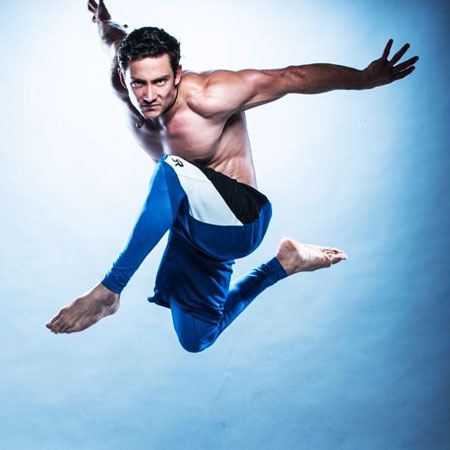 Our UK based Parkour and Free Runner is a pioneer of the sport with well over 15 years experience. Both a professional parkour performer, teacher and choreographer, he has inspired and amazed audiences all over the world at live events, on TV and in feature films.

Based in Basingstoke and available for events all over the world, our professional Parkour and Free Runner specialises in performance for feature films, commercials, promo videos and live shows. He is guaranteed to pull off some highly impressive stunts for your event and absolutely amaze everybody. Easily tailorable too any event, the parkour performer is able to wear specific clothing and customise his act according to the event space.

This Parkour and Free Runner has a very strong background in Chinese martial arts, he’s a British champion who has competed multiple times around the world and also holds a Guinness World Record for the farthest backflip of a wall over a moving car. He is a 10 times Wushu champion and was the feature of an award-winning Best Stunt in a commercial. He is a professional parkour performer, action film actor and inspirational choreographer ready to wow your guests or impress with his skills.

As an actor and stunt performer, he has been in several Hollywood films such as Pirate of the Caribbean, Death Race and Harry Potter as well as playing a James Bond type character in a Rexona commercial. He is available for everything from promo shoots and film stunts to live demonstrations.

Top Tip:
The Parkour and Free Runner also runs a collective that has been booked to perform for the royal family, the opening of the Olympics and collectively hold 15 Guinness world records for their Parkour stunts.

Contact our team at Scarlett Entertainment of you are looking for either an exceptional stunt performer or professional parkour performer.