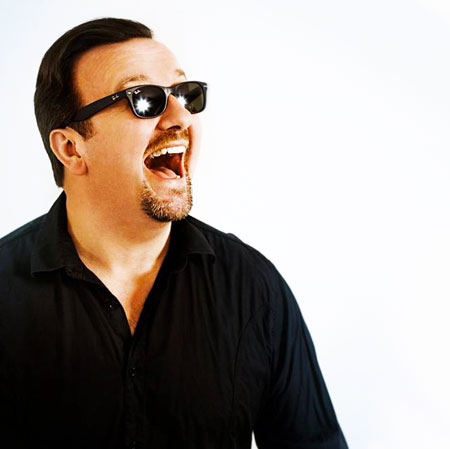 REASONS TO BOOK
The finest Ricky Gervais Impersonator specialising as a David Brent Impersonator
Available for meet and greet, spoof motivational speeches, walkabout, promos and even a stand up show
Celebrity lookalike approved by Ricky Gervais himself
Clients include Channel 4, Virgin Media, Microsoft, Siemens, Office Depot, O2 and many others
Based in East Grinstead and available for events all over the world
Walkabout Entertainment, Tribute, Lookalikes and Impersonators, Speciality and Novelty Acts, Themed Entertainment, Speakers and Hosts, Talent and TV Show Personalities, Lookalikes and Impersonators, Other Tributes, British, Comedy Act, British Theme, After Dinner and Comedy Hosts, TV Show Talent Acts

Our Ricky Gervais Impersonator is genuinely the best you can get. Able to flawlessly mimic Ricky himself as well as favourite characters such as Derek, this celebrity lookalike is most commonly requested as a David Brent Impersonator, bringing the iconic boss from 'The Office' to life at events all over the world.

Having studied The Office script from start to finish as well as Ricky Gervais’ speech and mannerisms, this celebrity lookalike is able to effortlessly recreate any character. He offers his service as either a David Brent Impersonator or Ricky Gervais Impersonator for a wide range of events. He is very flexible and open to all kinds of ideas and suggestions.

The David Brent Impersonator is a great addition to any UK event and before you know it, your guests will be shouting “Hey, do that funny dance mate”. He can pose for photos and create a fun and familiar atmosphere amongst the guests, giving them an unforgettable experience. As a little extra, he can bring along a Gareth impersonator for a fun-packed double-team effort.

Our Ricky Gervais Impersonator has been booked for events all over the world and been involved with clients such as Channel 4, Virgin Media, Microsoft, Siemens, Office Depot, O2, IBM and many others. He's appeared on several TV shows and has the approval of Ricky Gervais himself.

There isn’t much the celebrity impersonator hasn’t done and offer his services for the following:

If you would like to book the Ricky Gervais lookalike for your event, please get in touch with our friendly team at Scarlett Entertainment.

" He made some great suggestions on how to use him at my Wedding and he was side split-tingly funny on the day. He was a surprise for my Husband who was amazed as David Brent interrupted the best mans speech with some very funny stories and then he made the best man do the dance with him. Our guests are still talking about it. "

" He compered at our recent 'Made in Walsall' awards night where we celebrated the successes of local businesses. He was fantastic and really helped bring fun, energy and laughter into our evening. All our guests loved him especially as he took the time to speak to everyone and have endless selfies. "

" This was the second time we used David Brent and Gareth Keenan from the “Office” to host our awards. Once again, no surprises. They both portray the characters exceptionally well and kept the whole evening flowing. They are both hilarious and id have no hesitation recommending them to anyone. "