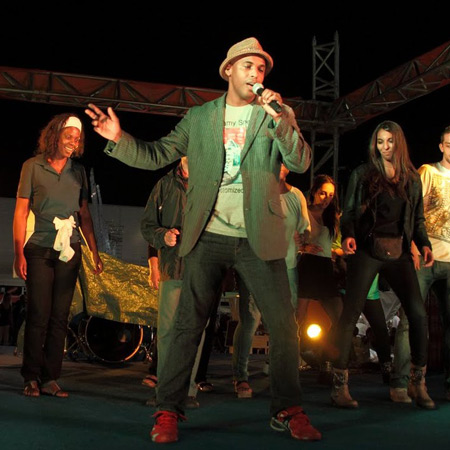 REASONS TO BOOK
An invigorating mixture of Salsa, Jazz, Cha Cha and Latin
Provide an intoxicating fusion of Spanish and African rhythms
Lead singer who has played with many pop and world music bands
Perform with a contemporary edge, perfect for festivals and parties
Based in South of France and available to perform at events worldwide
Caribbean, Latin and Salsa Music, World and Cultural Acts, Caribbean Theme, Themed Entertainment, Live Music and DJ, Latin and Salsa

Salsa Jazz Latin Band is a four-piece ensemble made up of a percussionist, bassist, guitarist and pianist.

Their afro-Cuban sound originated in the streets of Eastern Cuba, which gave rise to modern salsa. Their music is an intoxicating fusion of Spanish and African rhythms, and the band give it a contemporary edge that's perfect for festivals, corporate events, weddings, parties and private functions.

Born in Cuba, the lead singer has played with many pop and world music bands. His songs have been played by Cuban band “Luna Negra” being a hit in Cuba in 2005, and they are also part of several well known compilations.

Salsa Jazz Latin Band with their energy and charisma, play an invigorating mixture of Salsa, Jazz, Cha Cha Cha and Latin Jazz; ideal for both background and dancing music at a wedding or party.