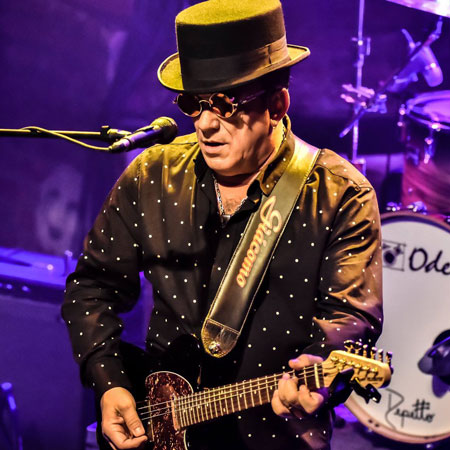 REASONS TO BOOK
Covers band playing rock classics from the 1950s to early 2000s
Repertoire spans from Elvis and the Beatles to AC/DC and Oasis
Flexible line-ups from four-piece band to a solo artist performing stripped back acoustic songs
Great live music for corporate events, parties and festivals
Based in São Paulo, Brazil and available throughout South America
Live Music and DJ, Cover Bands, Covers Singers and Duos

Our São Paulo Rock Covers Band has a wonderful repertoire of all the biggest and best selling rock classics from the 1950s to early 2000s. Their live music is appreciated by music fans of all ages and creates a great atmosphere.

This rock covers band takes guests on a nostalgic live music journey through some of the greatest rock classics of all time with songs by The Beatles, Rolling Stones, Elvis Presley, Queen, Oasis, The Ramones, U2, KISS, The Eagles, Pearl Jam, Supertramp, Metallica, ACDC, The Clash, Talking Heads, The Police, Eric Clapton, Bob Dylan and many many more.

The covers band is made up of professional musicians that always deliver a high-quality show. Aiming to provide the best possible live music entertainment for the guests, our São Paulo Rock Covers Band has multiple configurations to suit different even spaces from a full four-piece band right down to a solo artist performing stripped back acoustic songs.

Originally from Canada, the frontman of our Sao Paulo Rock Covers Band is a former member of famous Canadian band Men Without Hats and he has great experience playing shows with internationally famous bands. Having now been based in Brazil for over 20 years, he and his cover band perform at a variety of events.

Based in São Paulo, the covers band is a great choice of live music for a variety of events including corporate after-parties, festivals.

If you would like to find out more or book the São Paulo Rock Covers Band for your event or private party, please contact our team of Entertainment Specialists.