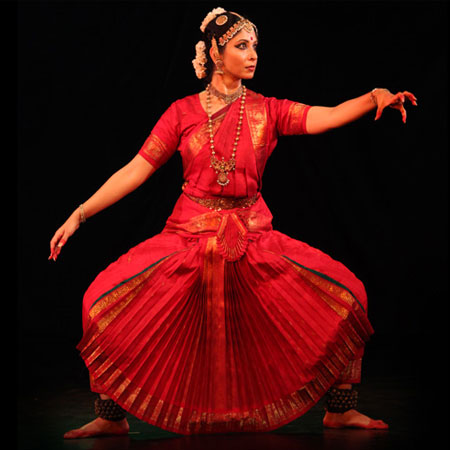 REASONS TO BOOK
Known for her adherence to the traditional Indian dance repertoire
A respected dancer, who has collaborated with many international artists
Has appeared in a nationally televised theatrical series
Has previously performed for President Barrack Obama
Based in India and available to perform at events worldwide
World and Cultural Acts, Bollywood and Indian, Dancers, Themed Entertainment, Indian and Bollywood, Bollywood Dancers

Priya is a world-renowned exponent of Bharatanatyam, known for her adherence to the classical traditional Indian dance repertoire.

Having started dancing at the young age of seven, she has gained extensive experience over the last 20 years, spending twelve years of her initial career in the United States teaching and collaborating with international artists.

Priya's experience also extends into theatre performance where she has appeared in a nationally televised series, choreographing for a play by Terrance McNally staged at the Milwaukee Chamber Theatre.

With her incredible skills and experience, Priya has had the opportunity to perform at some prestigious venues across the globe. She has performed for US President Barrack Obama's official visit to India in 2010, program for the Royal couple in Bhutan, 2011; Black Arts Festival, Senegal; International Festival of Bangkok, 2010; Jeonjhu Sori International Festival, South Korea; Festival of India, Bogota, Colombia and has toured extensively in North America, West Indies, Thailand, Malaysia, South Korea, Europe and Africa.

In recognition of her efforts to propagate the art form in the United States, the Illinois Arts Council awarded her a fellowship in 1995 and again in 2002.

Now living in New Delhi, Priya is available to perform and teach the traditional art form at a wide range of events, including corporate functions, private parties, festivals and much more.