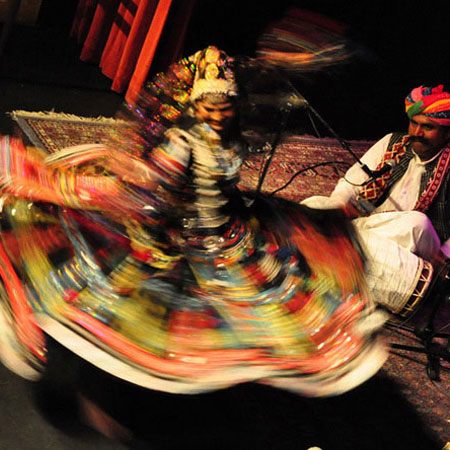 They brings to international audiences the sounds of their country’s hereditary professional musicians, whose music has been supported by wealthy landlords and aristocrats for generations. Both the Langas and Manganiyars communities comprise of Muslim musicians, but many of their songs are in praise of Hindu deities and celebrate Hindu festivals, such as Diwali and Holi.

With this lively and inclusive offering, the group has proven popular around the world to rave reviews. They have performed in various venues across many countries, including performances at the Hollywood Bowl (opening for global superstar A.R.Rahman), the Kenney Centre (Maximum India), the 11th Chicago World Music Festival and the 5th Annual New York Gypsy Festival at the World Music Institute, and many other dynamic performances across the US and Canada.

This Indian Dance and music act has proven time and time again that their performances are exciting forays into the musical and cultural heritage of Northern India and have captivated audiences worldwide.