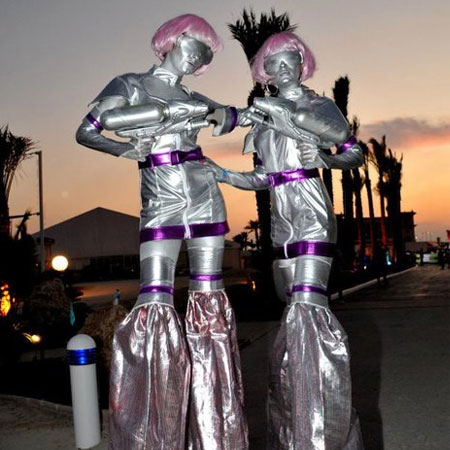 This Stilt Walkers act has unique style and personality, bringing alive their characters. Let the Angelic stilt walkers amaze and delight you, while their Insane Clown Posse liven up any event and the Twisted Circus’s zebras, leopards and ringmasters bring out the jungle side of guests.

With an unrivalled reputation throughout the Middle East and beyond, their spectacular shows and performances are delivered with a visionary style and consistent expertise.

This act has experience of more than 10 years in the entertainment industry and consider the quality and professionalism of their performers to be of paramount importance.