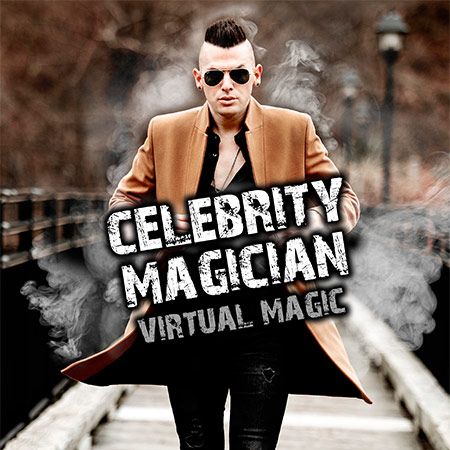 Reasons To Book
Mind-blowing Magician and Mentalist as seen on America’s Got Talent, FakeOFF, TruTV, Fool Us, The CW, SyFy, FOX, MTV, E and NBC
Bringing magic into people's homes, his live virtual interactive magic show is streamed via Zoom and other online platforms
The full 45-minute long performance is followed by a 15-minute Q&A and interactive magic lesson where participants learn a trick!
Includes a variety of incredible mentalism, sleight of hand and small illusions that you would normally experience on the big stage
Access this interactive online magic show through a smartphone, tablet or desktop using a virtual video platform
Virtual Entertainment, Virtual Entertainment and Performance, Virtual Magicians

Joel's virtual magic show is a non-stop thrill ride with audience participation in every single part of the show. From the beginning, Virtual Magician Joel gets the entire audience to think of a card and predicts the card they've chosen. From that point on, Joel brings audience members into the corner of the screen to participate in every single aspect of the show. By the end, the audience walks away having learned their own trick too.

2. Is this virtual magic show live-streamed or pre-recorded?

Either. Joel can pre-record a show or perform live both within the confines of a professional home studio with high-quality sound and lighting plus a cameraman and technician present.

3. How long is the online magic show?

Virtual Magician Joel's standard live virtual show is approximately 60 minutes, however, shows can be extended to 90 minutes or shortened to 3 minutes for ultimate flexibility.

4. Can the virtual magic show be customised?

Absolutely! Virtual Magician Joel has performed fully customisable virtual shows for Apple, Microsoft and Coca Cola using their brands and products to get their messages across. A fully customised virtual presentation must be discussed and confirmed at least 2 weeks in advance.

Virtual Magician Joel has performed over 50 virtual shows for clients online, so you can rest assured that his interactive online magic shows are seamless.