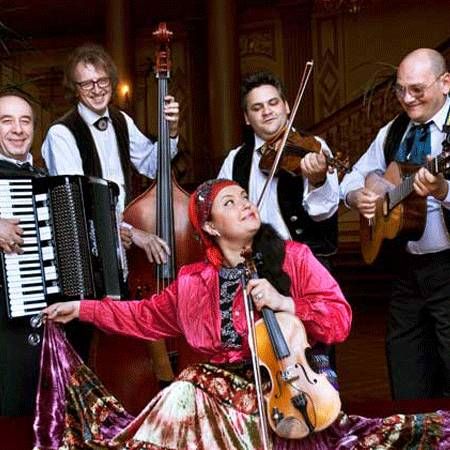 Two musicians are gypsies from Hungary, one is from Romania, the fourth from Belgium. They play their music in the virtuoso manner for which gypsy musicians are famous all over the world.

What makes the group really unique is the sophisticated approach of their music, and their talent to present a perfectly built up show, in which the audience is spell-bound from the beginning till the end.

Currently the 4 piece is touring with the Bulgarian gypsy singer and violinist Emilia. Emilia sings traditional gypsy music as well as compositions. She also introduces scatting into gypsy music, playing the violin at the same time, which results in a unique sound. The band and Emilia together on stage provide a whirling spectacle in which instrumental and vocal music interchange. In their show something new is happening all the time.